Are You Left-Wing but Sick of the Regressive Left?

(1) are you tired of making excuses for SJW insanity and the craziness of identity politics?

(2) are you tired of hearing how wearing sombreros, “culturally insensitive” Halloween costumes, or doing yoga are supposedly “racist” and “cultural appropriation”?

(3) are you tired of Postmodernist B.S. and being told that there is no such thing as objective truth or that “all cultures are equal”?

(4) are you fed up with the hostility to free speech on the Left and its quasi-McCarthyite culture of political correctness?

(5) have you had enough of hearing bizarre, regressive left conspiracy theories blaming all our problems on the capitalist, white-male, heterosexual patriarchy?

(6) do you think some of the ideas of man-hating Third Wave Feminism have become unhinged?

(7) do you reject the cult of open borders?

Then you need to come over to the Realist Left or Alt Left: 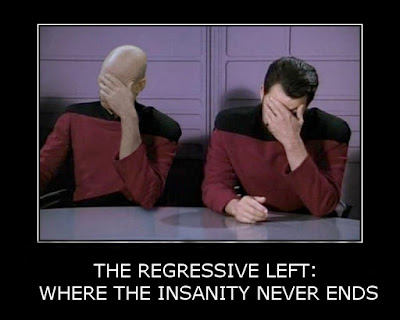 Labels: Sick of the Regressive Left?