There is a country called Spain. Many people probably do not know that Spain still has a few small strips of territory in North Africa called the “plazas de soberanía” (“places of sovereignty”), such as Ceuta and Melilla. I am not sure how attached the people of Spain are to these outposts in North Africa, but that is not the issue here.

In some of these places, the Spanish government has built walls or fences to protect its territories.

Here is a photo of the Melilla border fence between Morocco and Spain’s Melilla territory. 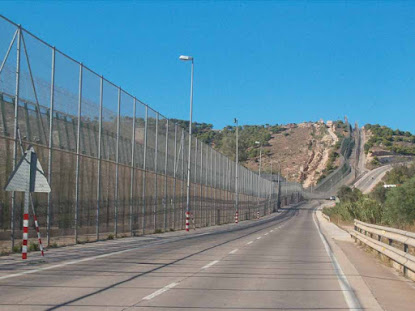 The law is the law. It is illegal for people to just immigrate into a different nation. Spain is neither fascist nor authoritarian nor racist for having its wall. It’s a plain common sense way to solve the problem of illegal immigration.

America’s problem with illegal immigration is far, far worse than Spain’s. It seems to be plain common sense that if America cannot police its border with Mexico, then some kind of wall is probably the only solution to the problem.

But it’s none of these things. In reality, even Bernie Sanders knows that open borders and mass illegal immigration are terrible threats to America’s working class and real wages.

He’s well aware of the problem, as we see in the video below.

Unfortunately, it is unlikely that Bernie could ever really do anything effective to stop mass illegal immigration. Why? Because Bernie is too kind and too compassionate a man. And I mean that as a genuine compliment to Bernie Sanders, because I like him a lot.

Unfortunately, to really do something effective to stop open borders, Bernie – even as a democratic socialist – would have to build a wall or fence on America’s border with Mexico too, rather like Spain’s fences to protect its North African territories. This is a hard reality of life.

Left-wing people will do nothing but discredit themselves by ignoring reality.
Posted by Lord Keynes at 1:16 PM