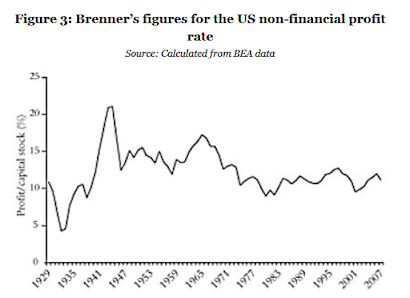 Brenner, Robert. 2006. The Economics of Global Turbulence: The Advanced Capitalist Economies from Long Boom to Long Downturn, 1945–2005. Verso, London and New York.
Posted by Lord Keynes at 3:49 AM