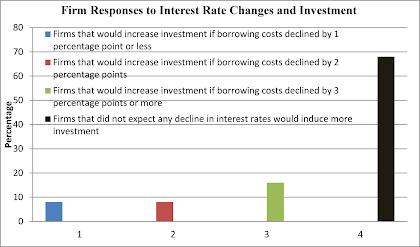 Sharpe, Steve A. and Gustavo A. Suarez. 2013. “The Insensitivity of Investment to Interest Rates: Evidence from a Survey of CFOs,” Finance and Economics Discussion Series, Federal Reserve Board, Washington, D.C. December 3
http://www.federalreserve.gov/pubs/feds/2014/201402/201402pap.pdf
Posted by Lord Keynes at 3:53 AM