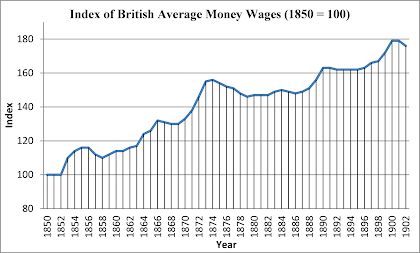 As we can see, despite the era of strong price deflation, nominal wages either stayed fairly stable or even rose, apart from the notable initial fall in the 1875 to 1879 period. Even in the recessions of 1884–1885 and 1891–1893, money wages almost stayed level.

With price deflation it is no wonder contemporary business people were complaining of a “profit deflation” by the late 1880s.