Bernie Sanders: Not as Big a Socialist as Eisenhower!

A priceless moment in a Sanders versus Clinton debate last year!

In reality of course, Bernie is just an honest New Dealer who wants a Western European social democracy. 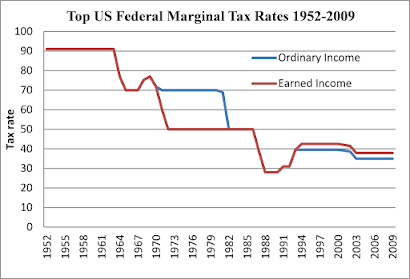 And yet even with rates under Eisenhower and Kennedy, in terms of virtually every economic measure in the book, this period was a golden age of US capitalism. A more serious issue with Sanders is the tax on speculative activity, especially if it is meant to be a Tobin tax proposal. One has to be careful with this (see Davidson 2002: 205–210), as it may not be a good thing.

What Sanders needs are good economic advisers, but I’m not sure who is advising him. What America also needs desperately is an industrial policy: government polices to incentivise, encourage and perhaps even subsidise re-shoring of manufacturing and accelerate a technological revolution in manufacturing to reduce costs of production, so that production in the US can compete against third world labour.