In 1899, James Keir Hardie appeared before the UK House of Commons Select Committee on emigration and immigration.

He – as a leading socialist of Britain – gave his opinion on mass immigration into Scotland:

“James Keir Hardie, Secretary to the Ayrshire Miners’ Union and to the Scottish Parliamentary Labour Party (pp. 63–69) stated that 2,500 foreign workmen were employed in Glasgow, 300 in Leith and 20 at the Glengarock Ironworks in Ayrshire. There were between 2,800 and 3,000 foreigners in Scotland altogether. ….

In many cases, they only stayed in Scotland a few months, to earn sufficient money to pay their passage to America. Their willingness to accept lower wages to achieve this end gave rise to sweated labour.

Complaints were made to Mr. Hardie by the workers at Glengarnock about the reduction in their wages which had been 17 shillings a week, but since the introduction of foreigners, had been reduced to 12 shillings. Speaking of the Poles at Glengarnock, he said ‘their habits are very filthy, six or seven males occupying a one-roomed house, and having women to cook for them’ (para. 1426). There was much ill-feeling between them and the Scottish workers.

He suggested that the employment of foreigners by British employers should be prohibited, unless they were political exiles or had fled from religious persecution, or if they came from countries where the wage rates were the same as in Britain. He said ‘Dr. Johnson said God made Scotland for Scotchmen, and I would keep it so’ (para. 1491). He thought, however, that any foreigners already in Britain should be allowed to stay.”
http://gdl.cdlr.strath.ac.uk/haynin/haynin0906.htm

The more you look into it, the more you will discover that the pre-1960s Socialist and Old Labour left was often very hostile to the idea of open borders and mass immigration. Their views were often strongly at variance with the opinions of people who now pass for the “Left” in the Western world.

As we have seen here, here, and here, the heavily Marxist Socialist Party of America supported immigration restriction legislation and was even more vehement than Hardie in opposing open borders.

There is a whole history that could be written on the pre-1960s Left and to what extent and why it was hostile to mass immigration, but you can bet the unhinged lunatics and charlatans who pass for the modern “Left” will be completely uninterested in this.

Given the enthusiasm of the modern Left for the quasi-Maoist cultural destruction of the past of the Western world, they’d better start with taking down and destroying all statues, busts, photos, and memorials to James Keir Hardie, in view of his politically incorrect opinions. 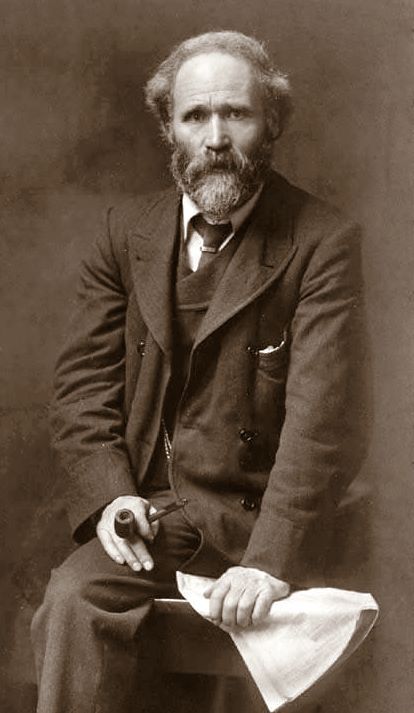