Investment versus Consumption in the Keynesian Business Cycle Theory

This is one of those issues which causes critics of Keynesianism to make all sorts of ignorant statements. For example, it is frequently charged that Keynesianism ignores or neglects the investment function, and focuses too much on consumption.

A business cycle will, generally speaking, be led by a contraction in private investment spending (Arestis and Karakitsos 2013: 111; Hansen 1941: 49). Of course, consumption will also fall, usually after a lag, as private income falls, and negative feedback effects will probably reduce investment even further. 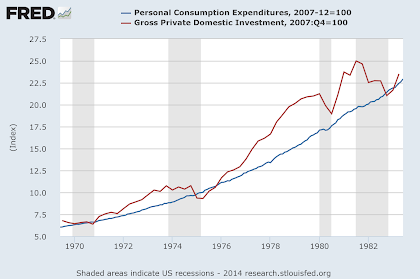 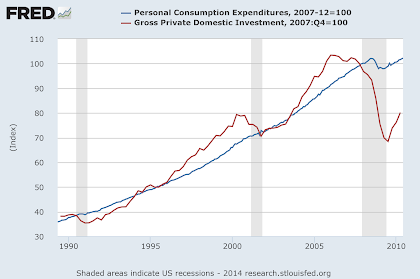 After WWII and in the period down to the 1970s, US recessions seem to have been characterised by “inventory recessions”: they were caused by business accumulating excessive inventories which they could not sell (that is, when expected demand failed to materialise or did not grow at a sufficiently high rate), and, when these inventories were liquidated, the fall in investment was a major cause of recessions (Sorkin 1997: 569). In this sense, then, the investment decisions were obviously affected by demand for final output.